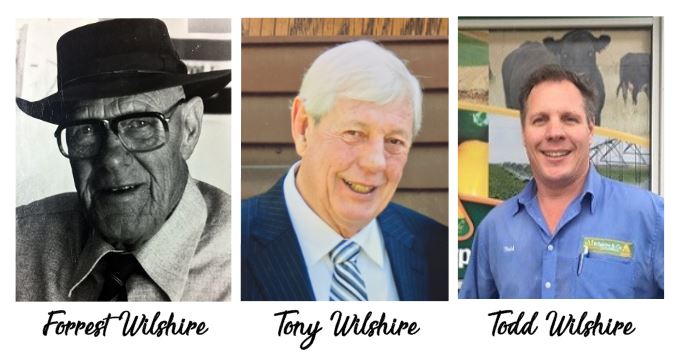 Tony’s son, Todd Wilshire joined the business in 2002. One year later Wilshire and Co expanded to Stanthorpe and later that same year Todd became Managing Director of the business. In 2008 the business continued to grow with the opening of the store in Deepwater NSW.

In 2009 Wilshire and Co saw the need for diversification and the Stanthorpe store added a Thriftylink hardware store to the Stanthorpe rural premises and as a sign of its success has been awarded the Thriftylink Retail Store of the Year in Queensland (under 700sqm) for 2010, 2011 and 2012.

In September 2012 Wilshire and Co acquired Texas and Mingoola Rural Traders, and later in 2014 Wilshire & Co Inglewood premises was opened offering comprehensive Rural Merchandise services, Agronomic Services and Thrifty Link Hardware all under one roof.  Today, Wilshire and Co is a thriving, top quality rural merchandise business, which is moving with the times. The venture has grown from a business of 2 employees to now a dynamic enterprise with over 30 staff. Wilshire and Co is proud to have always been a family owned and operated business committed to its clients and local community for almost 60 years.